Collected annually for the past three years, the “‘State of Justice Reform’ identifies major trends and developments in criminal justice reform [from] the preceding year” and is accompanied by the “‘Best of Justice Reform,’ which recognizes artists, films, art, influencers, podcasts and more who advanced justice reform.”

This year, the Vera Institute of Justice has included Punishing Poverty: How Bail and Pretrial Detention Fuel Inequalities in the Criminal Justice System by Christine S. Scott-Hayward and Henry F. Fradella, and Getting Wrecked: Women, Incarceration, and the American Opioid Crisis by Kimberly Sue in the “Best of Justice Reform” collection.

Congratulations to all of the honorees!

“Kimberly Sue has written the broadest and deepest ethnography I have read of the lived experience of poor women in the American opioid crisis. This fine book will disturb and distress readers by forcing them to walk with these abused women from the dangerous streets to the dysfunctional prisons to the inadequate treatment programs and back, again and again.”
—Arthur Kleinman, author of The Soul of Care on Getting Wrecked

Criminology Authors Featured on This Is Hell! 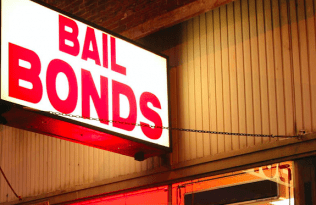