Devika Chawla is a professor of communication studies at Ohio University, and Editor-in-Chief of UC Press’s journal Departures in Critical Qualitative Research. Her research focuses upon communicative, performative, and narrative approaches to studying family, home, and its relationship to social identity.

Devika Chawla: Thank you. I am honored to have taken over this position. I am also deeply grateful for all the ways in which the past editor, Stacy Holman Jones, sculpted the content of DCQR for the last five years. Because of her labor, my editorial team has begun its work in a good place.

UC Press: Your inaugural issue is now out, and it’s organized around the theme of migrations. You have a very personal relationship with migrations—whether the migration forced on your childhood during India’s Partition, or the migration of choice which brought you to the US to study. What is it about migrations that led you to devote your first issue to this idea?

Devika Chawla: Yes, migration is a large part of my family history. As I note in the introduction to the issue, my paternal family was forced to move to India after the 1947 Partition of British India into India and Pakistan. What is not mentioned in that issue is that my maternal family is originally from Burma (now Myanmar). This family fled to British India in 1942, after the Japanese (one of the Axis powers) bombed British-controlled Burma during World War II. We know less about my maternal family’s migration, so I rarely address this side of my family. We also know less because maternal histories are often lost in the patriarchal structures that shape family narratives and histories. Migrations are indeed never equal, and neither are stories. Hence, reflexively, I feel the need to briefly mention my other family history in my answer to this question. And then there is my self-imposed migration to the US, which has added different layers and contours to my familial history.

In considering the inaugural issues, however, my own history was less in the forefront, rather, I was—as are so many other persons across the world—trying to focus attention on the ongoing crises of displacement the world is witnessing. These crises have created refugees, migrants, immigrants, exiles the world over. After I knew I was taking over as the Editor, I wanted to commit to a set of inaugural issues on this theme. It seemed natural, but also necessary, given our geo-political surround. I view the double issue as an opportunity to ask academics and writers from different fields and disciplines to engage the notion of migration in their personal and professional work. I am very pleased and excited about the contributions. I believe the writers delivered poignant, thoughtful, even heartbreaking essays.

UC Press: Migrations are something that everyone experiences—as you note in your call for papers for the issue, “the history of human beings is tied to a history of movement and travel,” but also that migrations can be understood not just as physical transformations but also as existential or metaphorical transformations. What were the migrations uncovered in this issue that were most impactful for you?

Devika Chawla: For the first issue (and indeed also the second), I made some strategic invitations because I was committed to engaging the voices of scholars from different contexts, areas, and locations. I am fond of all the essays because each essay made me travel into territories that are unfamiliar. Even so, three of the contributions continue to stand out for me. Karma Chavez’s essay on migrant caravans as “coalitions in motion” is a very thoughtful piece of writing about the migrant caravan from a place of “place privilege,” a place that she shares with the current US President. The essay is not only contemporaneous, but it also reframes some of the ways that caravans are perceived in the North American cultural imaginary.

Another remarkable essay is the one that directly follows Chavez’s piece in the issue. Entitled, “The Great Migration of Whys,” Sean Gleason’s work takes us into the culture of the Nunalleq in Alaska, a tribe that has suffered from a series of colonial and climate related displacements. Of course, colonial practices have always had complicity with ecological encroachments into native lands, so in some ways that is not the novel argument the essay makes. What draws me to the essay is the astonishing force of Gleason’s writing, it is the kind of writing I want to feature more and more in DCQR. The poetic and experimental form of the writing certainly informs, but more importantly evokes the reader to consider the present ongoing migrations of indigenous communities whose lives and livelihoods are imbricated with the land.

Finally, Jillian Tullis’s essay, “Traveling to a New City,” escorts us into the unknown territory of the migrations that accompany the processes of death, dying, and grieving. In a simple yet poignant telling, Tullis writes about her work with hospice care that has been her area of research, writing, and service for over a decade. She engages Barbara Karnes’s Gone from My Sight as a roadmap for thinking about migration in dying and argues that instead of dismissing the language of travel and visitors in the dying process, such metaphors should be taken seriously. Even though I know that the travel metaphor is used in talking about death and dying, and indeed the rituals that surround human passing, I was struck by the meditative and pragmatic manner in which Tullis teaches us about the subject.

UC Press: Your follow-up to this issue on migrations is your second issue, coming in June, on borders and margins—a natural companion to the current issue. What can readers expect from the Borders and Margins issue?

Devika Chawla: In some ways, the second issue is a continuation of the broader theme of migration.  In my introduction to the upcoming issue, I argue that it is impossible to talk about migration without considering its attendant features—borders and margins. Let me preview a segment from my writing where I make the argument that:

Migration, all migrations entail borders. And, to understand and address borders, it is crucial to pay attention to questions of power and privilege. Borders are imbricated, in fact arise from, issues of hierarchy. We cannot think about borders without interrogating who gets to establish borders and thus control the migration of the Other. Also, who gets to police the border, with what legitimate means? Consequently, once a border is created, emplaced, and established other questions come to the fore. What borders can we cross? What borders are off limits? What role do our identities play in this access?

Borders, therefore, necessarily contain forces that impede and mediate migration. Borders have properties. They can be political, geographic, intellectual, disciplinary, sexual, racial, gendered, economic, and so on. Borders create boundaries that define inclusion and exclusion. Borders operate as a device to limit migration by determining and defining who is an insider and who is an outsider. In other words, borders are never equal. They lead to the creation of margins, which in turn leads to marginalization, the creation of the minoritized. To bring this full circle, marginalization is tied to migration. Once again, we are forced to grapple with the question—who is in and who is out? And why? These and many more questions are implicitly and explicitly engaged by the contributors to this issue.

The essays in the second issue take us into an even more diverse and complex set of ideas from academics writing from across multiple contexts and locations. The first essay following my introduction considers a state, the nation of Turkey, itself as a border that must exist so that Europe recognizes itself as Europe. Another essay tracks the routes across which a Malaysian Muslim woman and academic navigates her identity in border spaces. In yet another piece, perhaps my favorite, a poet, who also dabbles in translating poems from French to English, writes about her process. As a translator, she is a conduit between two linguistic spheres or two cultural worlds, and she finds herself questioning the process, “. . . when I translate, my subject position is always tenuous. Who am I to carry these words over? This is a constant anxiety. When I manage to harness this anxiety, I tell myself: you are a person, interpreting another person. No matter what, you’ll never get it quite right. That’s poetry. That’s life.” In telling us about her process, in these simple words, she is able to reinforce that all border crossings—literal, literary, or metaphorical—are uneasy, unequal, and uneven.

So, in short, I’m looking forward to our readers engaging with this double issue in the hope that both issues illuminate novel ways that we can attune to migrations, borders, and margins. I also want readers to engage the issues as entwined and not necessarily distinct from each other. 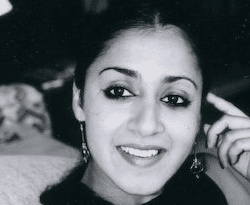 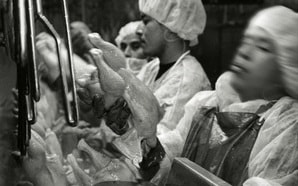