In our first post in the series, we sit down with Interim Director Erich van Rijn to survey the landscape of OA publishing at UC Press.

UC Press made a bold move into OA scholarly monograph publishing two years ago, in summer/fall 2015. How is Luminos progressing in 2017?

We’re also pleased to see continued growth in the Luminos Member Library program, whereby libraries who support OA publishing contribute to the direct costs of publishing monographs in the humanities and social sciences, through annual member fees, so that both the benefits—unfettered global access to important research—and the costs of publishing are shared across stakeholders. We currently have 22 supporting libraries who have contributed $158,000 in funding that has been applied to the production costs of Luminos titles.

With print books, success can be measured in book sales, but how do you measure the success of free open access books?

EVR: One metric we track closely is usage. To date we’ve tallied 84,575+ book and chapter downloads for Luminos titles. That’s an average of well over 2,000 downloads per book. These are impressive numbers, especially when compared against the average sales figures for a traditional print monograph. And in the coming year, we are undertaking a partnership with KU Research, JSTOR, Michigan, UCL Press, and Cornell to evaluate Luminos usage data in order to improve reporting and our understanding of how scholars and other readers are using Luminos books.

How are readers finding Luminos titles? Do you have strategies to improve discoverability?

EVR: We have a number of new academic publishing partners who have launched book series with Luminos and some of the first titles in these series will be published in the coming year. This spring will see the publication of inaugural books in the Global Korea series (published in partnership with University of California Berkeley’s Institute for Korean Studies) and in the Islamic Humanities series (published in partnership with the Institute for Islamic Humanities at Brown University). Jinsoo An’s Parameters of Disavowal will look at colonial representation in South Korean cinema, while Shenila Khoja-Moolji will examine the interplay of gender, race, religion and power in transnational contexts in Forging the Ideal Educated Girl. Also coming this spring is Eternal Dissident, in which David Meyers, who edits the UCLA Leve Series in Jewish History and Culture, looks at Leonard Beerman, one of the most controversial Reform rabbis of the twentieth century. We’re excited and pleased to be working with esteemed publishing partners in the Luminos program and look forward to bringing future publications in these and other series to Luminos readers over the coming years.

In addition to Luminos, UC Press also has an open access journal program called Collabra that currently publishes two journals, Collabra: Psychology and Elementa: Science of the Anthropocene. How has the Collabra program progressed in recent years?

EVR: UC Press first entered open access journal publishing in 2015 with the launch of a multidisciplinary mega-journal called Collabra. The plan for Collabra, even as a mega-journal, was to create a journal that puts the academic community first—in transparency and openness, in scientific and scholarly rigor, and in fair pricing and ethical business practices. Our journals program evolved and expanded in 2016 when Collabra transitioned its research focus to psychology as Collabra: Psychology, and when UC Press acquired Elementa: Science of the Anthropocene from BioOne—but our community-first values remain central to our open access program. Both Collabra: Psychology and Elementa have unique business models that share value with editors and reviewers, and give them the option to keep their earnings or pay them forward to the academic community; both journals also include APC waiver funds for authors who cannot pay the APC; and both journals are fully led by their respective academic communities, and are committed to transparency and open science.

How has UC Press worked to innovate and improve the landscape of open access journals publishing?

EVR: In addition to structuring our journals with high levels of integrity, both academically and in business practice, we are delighted to have partnered with the Coko Foundation to develop an open source journal management system—“xpub”. (eLife and Hindawi are additional partners.) Currently the focus is on the submission and review process, and journals, but this project will not be limited to pre-acceptance process, nor journals, in the longer term. Beyond technological innovation, we have also helped make more people accustomed to open peer review, at Collabra: Psychology, whereby review comments are published alongside accepted articles if the authors chose this option. Open peer review can mean many things in the current scholarly publishing landscape, but Collabra: Psychology’s version of it has been more successful and more adopted than we anticipated—fully 77% of article authors have opted for open peer review—so we are pleased to be incrementally changing norms in the service of more transparent science and publishing.

Does UC Press have plans to launch new open access journals in the Collabra program?

EVR: Yes, we are working on a number of OA journal projects, including one called Civic Sociology, which is related to an idea in sociology which is already gaining popularity, about promoting scholarship oriented toward more effective, ethical interventions into systemic social problems, globally, via a better understanding of local and regional particularities. Watch this space for more!

Keep up to date with these publications by subscribing to their respective eNewsletters: Luminos, Collabra: Psychology, and Elementa: Science of the Anthropocene.

A Look at Teotihuacan for International Archaeology Day
Afghanistan's Islam: Much More Than the Taliban 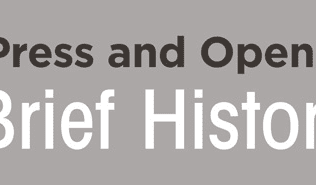 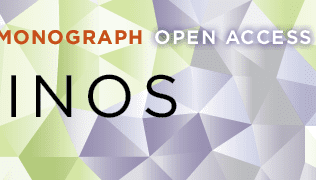 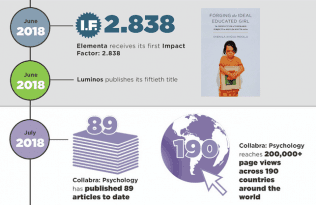 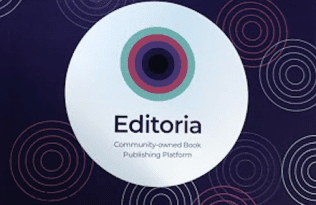 Open Source for Open Access: The Editoria Story So Far