By Aldon Morris, author of The Scholar Denied: W. E. B. Du Bois and the Birth of Modern Sociology 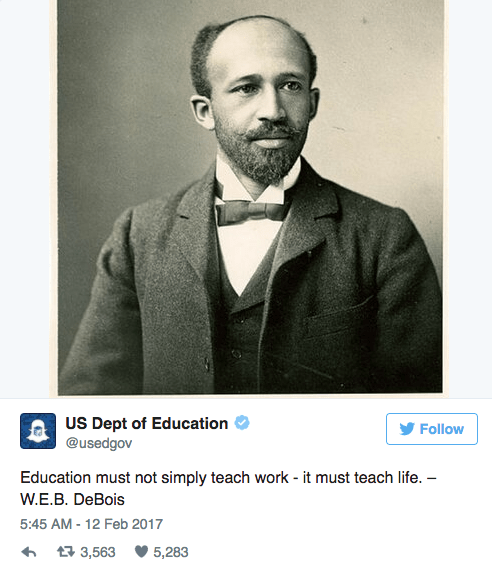 Today marks the 149th anniversary of the birth of W. E. B. Du Bois. Just over a week ago, The United States Department of Education, headed by its newly appointed Secretary Betsy DeVos, set out to honor Du Bois during Black History Month. On the Department’s official website Du Bois’ famous quote “Education must not simply teach work – it must teach life” was emblazoned. It was wonderful that this great controversial scholar and activist was being honored by the Department of Education. However, all hell broke loose once the quotation made its rounds through social and print media, and radio and television. The reason for the explosion is that the Department of Education attributed Du Bois’ quote to “W.E.B. DeBois!”

Du Bois was precise when it came to the written word. He would have been unamused by the misspelling of his name and by all people, the Department of Education. Responding to a speaking invitation by the Chicago Sunday Evening Club in 1939, Du Bois made it clear that: “My name is pronounced in the clear English fashion: Du, with u as in Sue; Bois, as in oi in voice. The accent is on the second syllable.” Given Du Bois’ exactness regarding the spelling and pronunciation of his name, the Department of Education was derelict in its duty to educate. Like the school children it represents, the least DeVos and her Department should do is their homework before going public.

We should not merely obsess with this terrible spelling error. The significance of Du Bois’ work for the nation and the world should be the focus always. Du Bois excelled as a social scientist, man of letters, journalist, philosopher, poet and novelist and prodigious activist. He is the scholar of the twentieth century that taught us most about race and its future place in America and the world. His penetrating work on the global color line unraveling the souls of black and white people remains highly relevant in these troubling times. No person today should be labeled “learned” without having read Du Bois’ timeless classics, The Souls of Black Folk, and Black Reconstruction as well as his unsettling article, The Souls of White Folk. 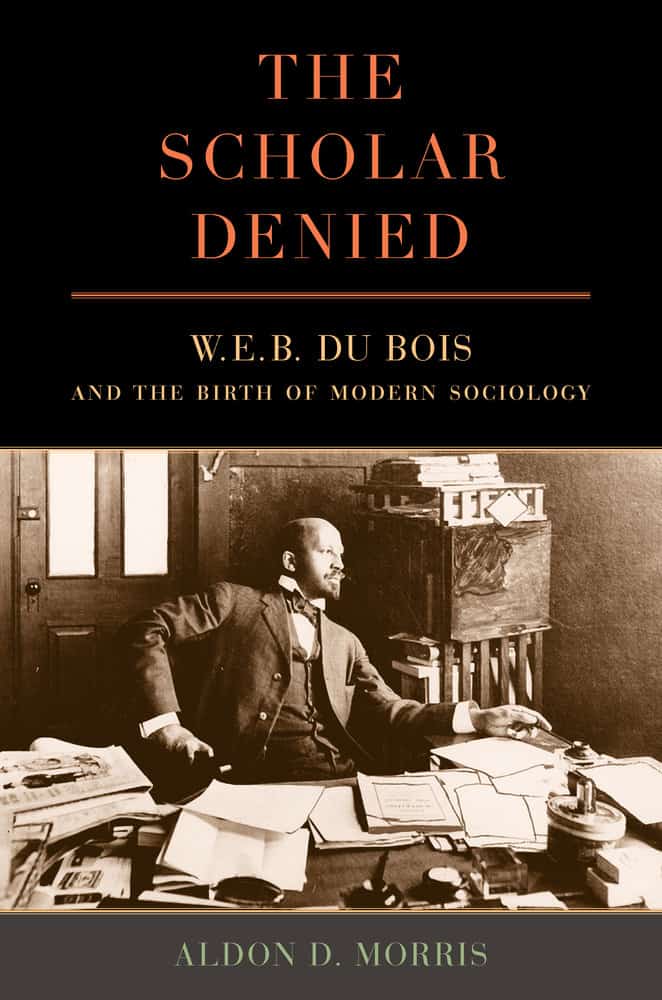 Du Bois’ activism influenced social change throughout the twentieth century. Du Bois’ radical ideas and activism helped overthrow colonialism and race oppression in Africa, Asia, and South America. Du Bois was crucial in changing America. By being a founder of the Niagara Movement, the NAACP and the Crisis Magazine, Du Bois created the blueprint by which Martin Luther king, Jr. and the civil rights movement overthrew Jim Crow. In honoring Du Bois’ pioneering activism, Dr. King wrote, “One idea he insistently taught was that black people have been kept in oppression and deprivation by a poisonous fog of lies… The twisted logic ran if the black man was inferior he was not oppressed-his place in society was appropriate to his meager talent and intellect. Dr. Du Bois recognized that the keystone in the arch of oppression was the myth of inferiority and he dedicated his brilliant talents to demolish it.”

Du Bois supported young black student protesters reminiscent of activists in Black Lives Matter today. Responding to Black student protests in the 1920s, Du Bois exclaimed, “And here again we are always actually or potentially saying hush to children and students, we are putting on the soft peddle, we are teaching them subterfuge and compromise, we are leading them around to back doors for fear that they shall express themselves. And yet whenever and wherever we do this we are wrong, absolutely and eternally wrong. Unless we are willing to train our children to be cowards, to run like dogs when they are kicked, to whine and lick the hand that slaps them, we have got to teach them self-realization and self-expression.”

The Department of Education should not have misspelled Du Bois’ name. However, on Du Bois’ 149th birthday, we should not mistake the trees (misspelled name) for the forest (prodigious body of scholarship and activism) when considering the meaning of Du Bois. Indeed, the mythical “DeBois” withers from sight when confronted with the real W. E. B. Du Bois.

Aldon D. Morris is Leon Forrest Professor of Sociology and African American Studies at Northwestern University and the author of The Origins of the Civil Rights Movement: Black Communities Organizing for Change, among other books. And read more about Aldon’s thoughts From Du Bois to Black Lives Matter.