By Aldon Morris, author of The Scholar Denied: W. E. B. Du Bois and the Birth of Modern Sociology

Today black blood flows in streets throughout the nation. A century ago, the great sociologist, W. E. B. Du Bois, witnessed white mobs murder and maim African Americans to keep them in their place. Little did I know when I started my research over a decade ago for my just-published book on Du Bois entitled The Scholar Denied that his role as scholar/activist would provide a lens for me to think and act in 2015.  But I find myself seeking counsel anew from his work.

We all know that racial violence and oppression is hardly new. And it was not new a century ago when Du Bois wrote, “We bow our heads and hearken soft to the sobbing of women and little children.” The Black community sobs today. Racial oppression has not lifted. Black poverty still stalks the land and as Du Bois observed in 1903, “To be a poor man is hard, but to be a poor race in a land of dollars is the very bottom of hardships.” 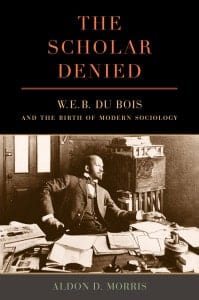 Over a century ago, Du Bois founded a field of sociology that demands that we hold up for examination hard truths about racism and that forces one to separate myth from reality. He uncovered the ways in which the “white” West dominated people of color globally.  His scholarship set out to prove all races were equal and that race was “socially constructed.” Gleaning how racial oppression operated, Du Bois set out to do nothing less that produce an academic and public sociology that sought to further social justice. As he observed: “I do not laugh. I am quite straight-faced as I ask soberly: ‘But what on earth is whiteness that one should so desire it?’ Then always, somehow, some way, silently but clearly, I am given to understand that whiteness is the ownership of the earth forever and ever, Amen!” The disproportionate rates of poverty, murder, and incarceration of Black people today demonstrate that white skin color continues to be privileged while Black lives are denigrated.

While activists have used a new social movement moniker Black Lives Matter to give voice to a sense that racial injustice continues to dominate the lives of people of color, I find myself wondering about what responsibilities I have as a black intellectual to speak out.  It’s risky to be an activist sociologist: as often as not it derails careers, limits social networks and curtails upward mobility in the profession and in the public media.  But, again, Du Bois illuminates my own path, declaring: “I am one who tells the truth and exposes evil and seeks with Beauty for Beauty to set the world right.”  I’ve concluded that one of the primary tasks of black sociologists—actually all sociologists– is to produce pointed and critical scholarship, even when it’s discomfiting to the powers-that-be.

As black intellectuals we need to follow Du Bois’s lead in speaking truth to power. White sociologists should also follow Du Bois’ lead and execute research enabling them to speak racial truth to power. But, ah, white privilege is a stubborn beast, standing in the way of truths. Countee Cullen, in a poetic conversation with God concedes, “Yet do I marvel at this curious thing: To make a poet black, and bid him sing!” Our calling is to sing sociological truths. Black scholars should heed Frederick Douglass’ insight: “He who would be free must himself strike the first blow!” As I try to show in The Scholar Denied, our work needs to be political, engaged, rigorous—Du Bois has paved the way for us in his path breaking, brilliant body of scholarship and activism. 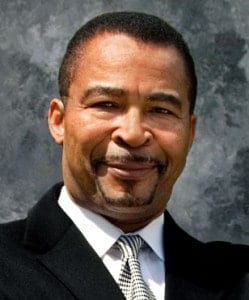 Aldon D. Morris is Leon Forrest Professor of Sociology and African American Studies at Northwestern University and the author of Origins of the Civil Rights Movement: Black Communities Organizing for Change, among other books.

World Photo Day: The Gift
Skills of the "Unskilled" 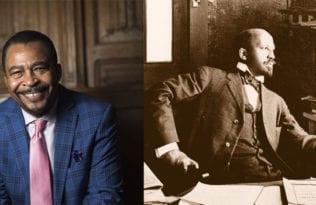