In this “Deep Mid-Winter Weekend Armchair” UC Press staff share what they’re reading … or skimming as the case may be. (Publicity Director Alex Dahne de-escalates any possible literary one-upmanship with a daring confession.) 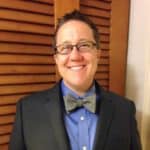 I had never read David Foster Wallace before Infinite Jest, and I wasn’t entirely sure what I was getting into as I browsed the packed shelves at Pegasus Books in Oakland. I don’t like to leave books unfinished, and its 1,079 pages were clearly a commitment—and, between work and family, one I wasn’t sure I should make.  But once I started reading, I was hooked. No longer an obligation, it was an exploration of the odd and compelling lives of others. Simultaneously, funny, absurd, horrifying, challenging, and accessible, it’s a detailed account of the tragi-comedy of human existence.

I wasn’t much into Mark Twain’s fiction when I was forced to read it in high school. That changed a few years ago, however, when we published the Autobiography of Mark Twain, Volume 1. Between reading that book and frequent trips to the Mark Twain Papers at the Bancroft Library on the University of California, Berkeley campus—where we were shown Mark Twain’s original manuscripts, intimate pictures of his family, and family heirlooms—I found myself unable to get enough of Mark Twain.

That ended up being a good thing as the book became a New York Times Best Seller, and Mark Twain was back in the cultural zeitgeist (and certainly in our daily lives at UC Press!). He would have loved that.

What many people don’t know is that was the first of a three-volume set of his previously unpublished (in its totality) autobiography. As part of our run up to the publication of Volume 3, I’ve been reading the V3 manuscript.  Even printed out double-sided, it is not a small stack of paper—and I’m thrilled that it’s a fascinating read full of scandal, morality tales, scathing wit, deep sadness, and love of family. It further lifts the veil of Samuel Clemens, the man. Once again, I’m in. (Note: Volume 3 is slated for a Fall 2015 publication.) 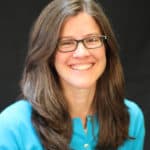 My favorite read of the last couple of years is John Williams’s Stoner (first ​published in the 1960s but enjoying renewed attention lately). It’s a ​ beautifully written  book whose stoic protagonist—William Stoner—leaves a farming life for literature, ​marries  badly, loves well, and is thwarted by a colleague–enemy during his 40-year career at the University of Missouri. I loved this novel​, though it’s wrenching at times because Stoner’s disappointments are so ordinary and familiar. 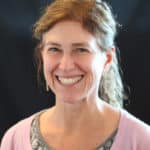 I’ve only been reading holiday catalogs and People magazine. Does that look bad?

Okay, okay, that part is totally and utterly true, but lest I be judged, buried under the towering pile of catalogs rests a dog-eared paperback copy of Cheryl Strayed’s Wild, schlepped in my backpack on various flights and then shoved in the side pocket of our family minivan (subject to something sticky, I’m not asking), to be finished en route to my in-laws’ house over the holiday break. Now read, I’m thankful for the experience of it, mostly because Strayed makes writing seem easy when we know it’s not. Memoir is not my usual genre of choice—celebrity gossip is, naturally—but I’m glad I picked it up, and no, I have yet to see the movie (but likely will), and yes, this story of a woman’s independent journey on the Pacific Crest Trail confirmed to me that I must accept that I am not her therapeutic kin. I will continue to seek my epiphanies over brunch, and I would never sleep alone in the woods. Ever.

Also on the same nightstand, The Master, Colm Tóibín’s complex and sympathetic novel about Henry James, which I devoured, and a copy of Rohinton Mistry’s book Family Matters, because I loved one of his other books, A Fine Balance, and have been wanting to read more from this author.

And finally, a stack of books recently read to my kindergarten-aged twin sons while we were buried under the covers, prolonging the bedtime ritual: Lemony Snicket’s strange and wonderful 13 Words, Brian Floca’s Locomotive (one son’s train obsession sated), and the beautifully-illustrated A Sick Day for Amos McGee.

Oh, and some more magazines, contents of which I will exclude from this post. But let’s just say Girls has been renewed for a fifth season: yay!