Whenever the epidemiology office in Ciudad Sandino, Nicaragua learned of a case of dengue fever, standard procedure was to first kill mosquitoes. It is, after all, a mosquito that transmits the dengue fever virus among humans. In Ciudad Sandino, responsibility for producing dead mosquitoes fell to Don Nacho and Don Noë, the city’s two “entomological technicians.”

As I describe in my book, Mosquito Trails, in order to kill mosquitoes, forms had to be signed, verbal arrangements had to be made with ambulance drivers, and gasoline expenditures had to be approved by health center directors. The commissioning of a gasoline-powered vehicle was particularly important, and particularly disruptive. In the course of my fieldwork, an order for dead mosquitoes led to the suspension of several other vehicle-dependent activities, such as water quality testing, quarterly rabies vaccination campaigns for dogs, and even routine house-to-house mosquito control visits.

You could tell when Don Nacho or Don Noë had come to your neighborhood by the distinctive sound of their main piece of equipment, the motomochila, echoing off of the concrete walls and metal roofs. The motomochila looked like a heavy-duty leaf blower and was essentially a small two-stroke engine mounted to a backpack frame. The engine powered a fogging machine that released a vaporized, diluted solution of an aerial insecticide, a neurotoxin that was calibrated at Managua’s central vector-borne disease headquarters to kill adult mosquitoes on contact.

Not all mosquitoes will die in a given fogging. Some will resist the poison, and eventually their offspring will dominate the population. Thus, levels of insecticide in the motomochila’s dilution had to be high enough to kill a significant number of mosquitoes but low enough to make the evolutionary march to mosquito population resistance as slow as possible. A massive dose of high-powered insecticide would be effective in the short-term but render the chemical useless in the long term.

The head entomologist for the Department of Managua was responsible for keeping track of organized mosquito deaths. Each year, they tested various insecticides at various strengths on control colonies bred in a mosquito nursery. They delivered their findings about mosquito death rates to their supervisor, who selected a poison and determined an official yearly dilution level for the district. Since the resources for insecticide were limited, the decision about an acceptable death rate was part science, and part economics. Even though the number of dengue cases fluctuated over the course of the year, the Nicaraguan health ministry’s budget for mosquito killing was constant, set just once a year.

In our interviews, the head entomologist told me that a series of right-wing governments in the 1990s and early 2000s had denigrated the skills of those tasked with killing mosquitoes. They were more interested in saving money than in understanding mosquitoes. Last-ditch slaughters, organized after reported dengue cases, did little to change the overall rate of infection. And dengue case numbers in Nicaragua had been rising steadily over that same period.

“Mosquitoes,” the entomologist told me, “are animals of custom like us.” They adapted to control regimes, so it was up to trained “field workers” to adapt to them through seasonal experimentation. The term “field workers” seems significant. Like anthropologists, health workers in Nicaragua were both learning about the world around them and learning in the world around them. Their skills were incorporated, both in the sense that they emerged from a bodily interaction with mosquitoes and in the sense that they became essential to the Ministry of Health’s ability to produce both healthy humans and dead mosquitos. 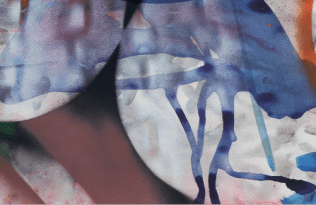 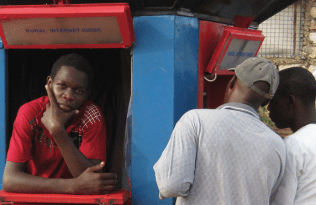