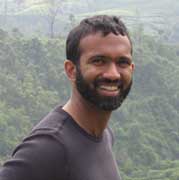 Many people see poetry as an act of creation, but Srikanth Reddy shows in his latest collection, Voyager, that it can also be an act of erasure. Reddy transforms the memoir of Kurt Waldheim, the controversial figure who served as U.N. Secretary-General from 1972-81 and was found to be an intelligence officer in Hitler’s Wehrmacht, by omitting words, lines and sections to create a wholly original work.

This approach has led some to ask, as critic Donna Seaman does in her review for WBEZ Chicago, “Who is speaking?”

Reddy, who was recently profiled in Publishers Weekly, explores this complex issue in a discussion of who the book is addressed to: 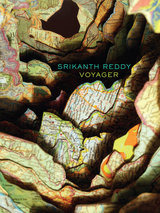 “When I was four years old, the American space program launched two probes—Voyager 1 and Voyager 2—into creation, each bearing a gold-plated phonograph record, which contained sounds and images selected to convey some sense of life on our planet. Included on the records were Bach and Indonesian gamelan music, diagrams of our DNA and geopolitical orders, and spoken greetings in 55 languages ranging from Akkadian to Wu. The intended audience was anybody out there in deep space who might find it. As I began writing, I thought I, too, was writing for whoever may or may not have been waiting out there in the darkness. But at some point I realized that the golden records weren’t truly intended for an otherworldly audience. (The scientists did not include record players along with the records.) The records were mirrors. They were meant for us, not for others. Now I feel that I must have been writing Voyager for myself all along.”

To learn more, read the Starred Review in Publishers Weekly or the Chronicle of Higher Education review. You can also read an excerpt (PDF) from Voyager on our website.

Poems for the Apocalypse