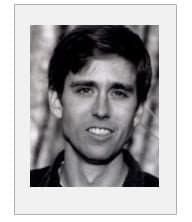 Novelist, emergency room doctor, essayist, poet — Frank Huyler is singular among writers. His second novel, Right of Thirst, was released to rave reviews this spring. UC Press has just published a new paperback edition of Huyler’s first book, the 1999 classic Blood of Strangers. We sat down with Huyler to talk about medicine, writing, and health care in America.

When Blood of Strangers was first published, narrative books on medicine were pretty rare. What interested you in the process of writing a first person account of the field?

It wasn’t calculated. I’d written poetry pretty much exclusively when I was younger, but
during my residency I realized that there were stories of great power everywhere around me. So much medical writing is cerebral and distant, but the experiences I was having were the antithesis of that, to the point where the analytical intelligence hardly seemed to apply. I wrote them down as I experienced them, or perhaps more accurately as I remembered them.

Do you think the popular perception of doctors has changed in the past ten years?

Well, it hasn’t gotten better. Doctors are increasingly seen as employees, as cogs in the machine, and to a great extent we are. It’s still a privileged profession, but it’s safe to say that it lacks the grand authority of the past.

What do you think of the increased number of personal memoirs and reflections on medicine that have come out since The Blood of Strangers?

It’s an interesting phenomenon. Partly it’s because of the drama inherent in the material, which television has taken full advantage of, and partly it’s because the public is both terrified and fascinated by the realities of illness and death that are so often denied or contextualized by popular culture. Deep down we all know it’s there, these sorts of books are windows into it, and we want to look.

Do you have any thoughts you’d like to share about health care reform, either on the small or large scale?

That’s a huge subject, but the bottom line is that our current system is immoral and appalling for a country as rich as ours. With the exception of the very young and the very old, we have decided that health care is a commodity rather than a right, and the consequences for those at the bottom are both brutal and cruelin virtually every way. Yet the system is also deliberately inoculated against the efficiencies that a true free market might create.

Your new novel Right of Thirst has just come out. How was the transition from memoir to fiction writing?

Certainly there is a difference between recounting lived experience and generating a purely imagined world, but that difference isn’t as great as one might think. One always makes choices in what to say and how to say it. Nonfiction is easier, in the sense that it requires less imagination, but it’s not a categorical distinction, at least for me.

Do you still collect stories from your practice?

Not formally. But I didn’t with The Blood of Strangers, either—I simply wrote down what I remembered. In a way that served as a filtering device: what stood out in my mind were the stories that had the greatest effect on me.

Does being a writer have any effect on your practice or perspective of being a doctor?

Writing is a means through which I try to make sense of the events I see and am part of, but I don’t think it’s helped me be a better doctor. There’s a lot to be said for limited reflection in the clinical world, because medicine is above all else practical work. It’s what you do that counts, not what you think.

The Blood of Strangers is still widely read and still taught in medical schools throughout the country. What about it do you think keeps it so relevant?

It’s hard to know, of course, but I think it’s because I tried to be true to the experience, to the immediate moment, and to let the stories speak for themselves. I tried not to get in the way, if that makes sense. And the stories could take place anywhere, really, at any time. So it’s not the kind of
thing that easily becomes dated, or at least I hope not. Whatever the reason, it’s great to see that it’s still being read.

Have you read anything lately that you’ve especially enjoyed?

I read a lot, and there are many books I enjoy. If I had to pick a single relatively recent book it would be Austerlitz by WG Sebald, who was killed in a motor vehicle crash a few years ago.

Space to Play: Lisa Robertson on Poetry and Inspiration

Paul Farmer on Urgent and Ongoing Challenges in Haiti

Proof It Can Be Done: Podcast with Paul Farmer and Haun Saussy