Joachim J. Savelsberg presented insights from Representing Mass Violence: Conflicting Responses to Human Rights Violations in Darfur to affected groups on several occasions. After a speech in Yerevan, Armenia, on the occasion of the 101st anniversary of the Armenian genocide, Savelsberg more recently addressed and exchanged ideas with refugees from Darfur and other troubled regions in the Middle East. 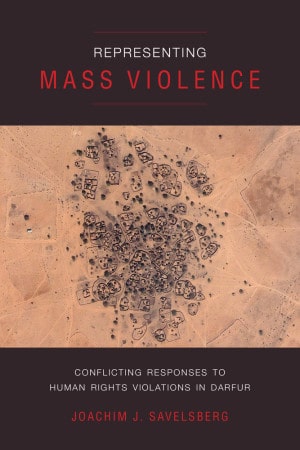 One opportunity was offered by the École des Hautes Études en Sciences Sociales in Paris, participant in a movement among French universities that offer refugees a path back into higher education. In this context, Savelsberg lectured and discussed with a group of Sudanese, Syrian and Palestinian refugee-students. His lecture evoked much interest and intense discussions. Students primarily wanted to know what actions could put an end to the continuing and newly intensifying mass atrocities in Darfur. Why does the West not intervene with military force? Why does it not arm rebel groups who fight the Sudanese government? Why have peace negotiations not succeeded? Why have indictments by the International Criminal Court (ICC) not resulted in arrests? While not all answers could satisfy all members of the group, students took some comfort from the observation that UN and ICC interventions had advanced an international perception of the mass atrocities as a form of criminal violence. They shared the author’s hope that this trend will, in the long run, further delegitimize mass atrocities and challenge those political and military actors who bear responsibility. American institutions of higher education might, it seems, learn from French universities and their initiatives, which stand in sharp contrast to closed doors rhetoric (and policy) and to the rise of right-wing populist movements that enhance exclusion and risk advancing political-religious radicalization and criminalization.

More recently, Savelsberg spoke to Citizens for Global Solutions in Minneapolis, MN and, in Washington, DC, at the 2016 Women and Genocide conference, organized by the Darfur Women Action Group (DAWG), with support from the Global Women’s Institute, George Washington University, and the Genocide Prevention Program, George Mason University School for Conflict Analysis and Resolution. His lecture followed reports in which women from Rwanda, Darfur, Burma, the Democratic Republic of Congo and Northern Nigeria spoke to their experiences in the context of mass atrocities. Like in Paris, careful scholarly analysis of the effects of new international institutions encounter impatience among those who are directly affected. Some scholars reinforce that impatience also at the DAWG event, as they focus on the weaknesses of new institutions. Savelsberg instead highlighted the historical novelty of international criminal justice, and alternative transitional justice institutions, urging patience in the exploration of the degree to which – paraphrasing Justice Robert Jackson – reason and some degree of the rule of law may eventually supplement the pure use of power in international relations. The experiment began only in the 20th century. It is a novelty in human history, initial malfunctions are expected and no reasons for dismissal. Representing Mass Violence documents how it may advance cultural change and promote hope.

Da'ish, Trafficking, and the Margins of the "Free Market"
Home to Roost: Activist Research in the Deep South