The following is excerpted from the introduction to a new special issue published by Sociology of Development on “Migration and Development in the Twenty-First Century” (Vol. 2, No. 2). The introduction is written by the issue’s guest-editor, Matthew R. Sanderson. Enjoy free access to the entire special issue on socdev.ucpress.edu from now through the end of 2016. 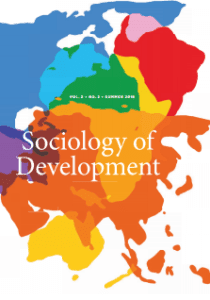 Displacements from Iraq, Afghanistan, and Syria, sustained flows from Central America, and dislocations in North Africa and Southeast Asia—migration continues to grab headlines as the third decade of the twenty-first century approaches. Media in host countries cover the day-to-day realities in the form of interviews with migrants in camps along the Greece-Macedonia border, politicians’ stump speeches warning of flood tides of humans, and reactionary right-wing militia movements. The work is worthy, of course. Much can be learned from only a short conversation with a person stranded on a border in squalor and legal limbo. Often lost, however, in the granular, one-off stories is social context, especially the cross-national relations and social structures that motivate migrations and shape the contexts that receive migrants.

For in the migrants’ stories, the politicians’ narratives, and the militia members’ diatribes are the lived experiences of social transformation. Migration is an intrinsic aspect of social change (Castles 2010). The movement of people across national boundaries produces economic, political, and cultural changes within both host and origin countries. Migration thus raises questions about development—about human living standards and qualities of life. Migrations that cross national boundaries expose inequalities, often vast, in living standards demarcated by national boundaries, raising questions about development and underdevelopment and the relations between the two…

…What is the role of migration in fomenting, or inhibiting, development in origins and destinations? How does migration reveal underlying structures and dynamics associated with development? The issue [of Sociology of Development] considers multiple dimensions of the migration-development nexus, from multiple vantage points, across a diverse array of world regions. Together, the articles encourage a retrospective review, present a wide cross section of current research, stimulate innovative paths for sociological scholarship on migration and development, and ultimately, contribute to the emergence of a more humane, just, equitable, and sustainable world.

Migration and Development in the Twenty-First Century
Matthew R. Sanderson 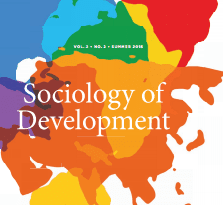