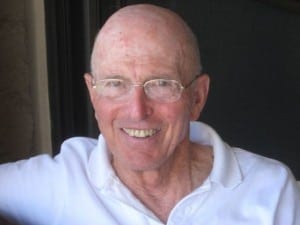 We are deeply saddened to share the news of the death of James H. Clark, Director of the University of California Press for twenty-five years (1977-2002), on January 14, 2013 at the age of eighty-one. Jim Clark had a lengthy and distinguished career in publishing – one characterized as much by his genius in finding and signing great books as by his warmth, integrity, and irresistible personal charm.

Jim began his publishing career in 1960 working as a sales representative for Prentice Hall in Northern California. “I got out of school at UC Berkeley and was working as a waiter,” he recalls. “One day, I was with a customer who was in publishing, and he said all you do is go around and talk to professors and send them free books. Well, it turned out to be a little bit more than that.”

Five years later, he was promoted to editor in the company’s New Jersey office. He acquired books in anthropology, sociology, drama, music, and art prior to his subsequent appointment in 1969 as editorial director of the College Division at Harper and Row. One year later, he was named the Division’s vice president and publisher.

In 1977, Jim returned to California as director of University of California Press. He spent the next 25 years building what would become one of the top university presses in the country – expanding both the scale and stature of its program. During Jim’s tenure, UC Press’s annual revenues increased from $3 million to $20 million; the number of new books published each year leapt from 80 to 180; and the journals program grew from 6 to 30 publications annually.

Jim oversaw the publication of The Plan of St. Gall, a beautifully illustrated three-volume work detailing the architecture and life of a Carolingian monastery – a landmark UC Press book. Throughout his directorship he never stopped working as an editor. Over the years, he acquired a wide range of books, including a stunning edition of Alice’s Adventures in Wonderland, The Art of Richard Diebenkorn, Snakes: The Evolution of Mystery in Nature, and In the Footsteps of Alexander the Great.

UC Press won a number of important awards during Jim’s directorship, including the top honor from the PEN Center USA West for publishing outstanding works of scholarship in 2000 and a special commendation from the State Legislature for publication of Literature of California, Volume 1 in 2001.

Among Jim’s other major achievements was to establish the UC Press Foundation, which raised over $8 million in long-term funds that support UC Press’s publishing programs. Under his direction, UC Press engaged in the first two of its three successful National Endowment for the Humanities Challenge Grant campaigns.

Since his retirement in 2002, Jim has lived in Princeton, NJ with his wife, Isabelle Clark-Deces. In retirement, Jim continued work in scholarly publishing in a cherished new role – working with graduate students to revise and develop their dissertations for publication. He was an avid reader, swimmer, and audited classes at Princeton for the pure enjoyment of lifelong learning.

He is survived by his wife, Isabelle Clark-Deces, his children, Jim Clark and Garrette Clark (and son-in-law Robert Gould), his two granddaughters, Lea and Erica Gould, and his sister and brother-in-law Julie and Bob Fouts. He was deeply loved by his staff, his friends, his authors, and just about everyone he met. 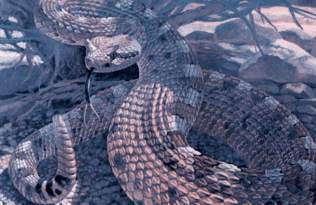