In Echoes from Dharamsala, Keila Diehl uses music to understand the experiences of Tibetans living in Dharamsala, a town in the Indian Himalayas that for more than forty years has been home to Tibet's government-in-exile. The Dalai Lama's presence lends Dharamsala's Tibetans a feeling of being "in place," but at the same time they have physically and psychologically constructed Dharamsala as "not Tibet," as a temporary resting place to which many are unable or unwilling to become attached. Not surprisingly, this community struggles with notions of home, displacement, ethnic identity, and assimilation. Diehl's ethnography explores the contradictory realities of cultural homogenization, hybridity, and concern about ethnic purity as they are negotiated in the everyday lives of individuals. In this way, she complicates explanations of culture change provided by the popular idea of "global flow."

Diehl's accessible, absorbing narrative argues that the exiles' focus on cultural preservation, while crucial, has contributed to the development of essentialist ideas of what is truly "Tibetan." As a result, "foreign" or "modern" practices that have gained deep relevance for Tibetan refugees have been devalued. Diehl scrutinizes this tension in her discussion of the refugees' enthusiasm for songs from blockbuster Hindi films, the popularity of Western rock and roll among Tibetan youth, and the emergence of a new genre of modern Tibetan music. Diehl's insight into the soundscape of Dharamsala is enriched by her own experiences as the keyboard player for a Tibetan refugee rock group called the Yak Band. Her groundbreaking study reveals the importance of music as a site where official and personal, old and new representations of Tibetan culture meet and where different notions of "Tibetan-ness" are being imagined, performed, and debated.

Keila Diehl is a Fellow in the Humanities at Stanford University.

"Echoes of Dharamsala takes us deep into exile as a performance space, a refugee home on the diasporic range. The metaphor of reverberation comes very much to life as Keila Diehl bears witness to the emergent politics and poetics of Tibetan rock and roll. Compassionate and modest, yet incisive and unromantic, her writing brings us close to amazingly complicated musical lives being forged in a distinct global conjuncture of modernity, desire, and longing."—Steven Feld, Prof. of Music and Anthropology, Columbia University

"Echoes from Dharamsala is a charmingly written, ethnographically rich, theoretically ambitious book about a Tibetan community in exile. Keila Diehl joined a Tibetan rock band as its keyboard player, and from that perspective gives us a fresh and honest look at the Tibetan refugee experience through its soundscapes. She has presented us with a model of ethnography, which while not shying away from representing the conflicts and contradictions of the community she studied, nevertheless displays a deep political solidarity with the Tibetan cause."—Akhil Gupta, author of Postcolonial Developments: Agriculture in the Making of Modern India

"Giving new meaning to "participant-observation," Keila Diehl explores the politics and poetics of Tibetan cultural production in exile, in a study that is at once engaging and insightful."—Donald S. Lopez, author of Prisoners of Shangri-La: Tibetan Buddhism and the West

List of Illustrations
Acknowledgments
Preface
Note to the Reader
Introduction: Theory at Home and in the Field
1. Dharamsala: A Resting Place to Pass Through
2. "There Is a Tension in Our Hearts": Constructing the Rich Cultural Heritage of Tibet
3. Taking Refuge in (and from) India: Film Songs, Angry Mobs, and Other Exilic Pleasures and Fears
4. The West as Surrogate Shangri-La: Rock and Roll and Rangzen as Style and Ideology
5. "The Nail That Sticks Up Gets Hammered Down": Making Modern Tibetan Music
6. "Little Jolmo Bird in the Willow Grove": Crafting Tibetan Song Lyrics
7. A Peek Through Ragged Tent Flaps and Heaven’s Door: Concerts that Rupture and Bond
Conclusion: Cycles, Echoes, and Their Implications
Notes
Glossary
Bibliography
Index 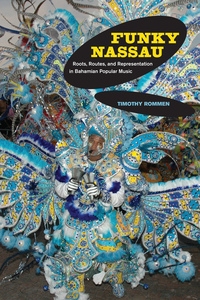 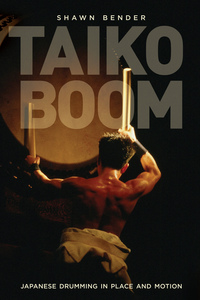