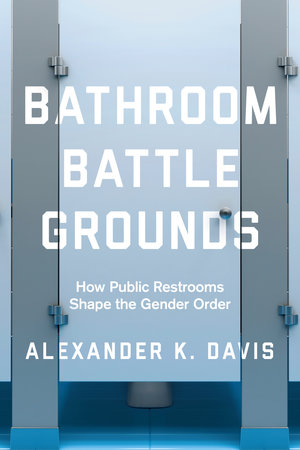 Alexander K. Davis is Lecturer at Princeton University, where he studies gender, sexuality, and social inequality through the lens of cultural and organizational sociology.

"Davis finds that bathrooms have consistently been entangled with larger cultural matters such as the public good, the reach of institutional inclusion, the nature of gender difference, and, above all, the myriad privileges of social status."—Law & Social Inquiry

"A valuable contribution that will help nuance our understanding of gender. Davis draws on a wide range of historical materials as well as interviews with key stakeholders to explain how the social organization of bathroom space naturalizes gender and class hierarchies."—Catherine Connell, author of School’s Out: Gay and Lesbian Teachers in the Classroom