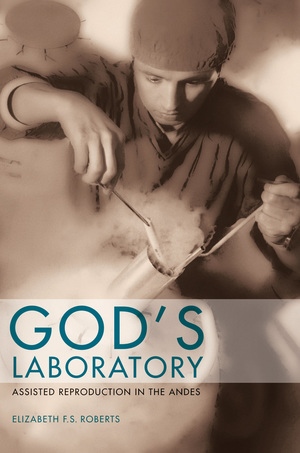 Private Medicine and the Law of Life

Of Popes and Presidents

On April 19, 2005, Cardinal Joseph Ratzinger was elected to succeed John Paul II as pope. Pope Benedict, as he is now known, was, in the decades before his ordination, the theologian primarily responsible for framing the Church's position on reproduction and the dignity of human life. In his address on behalf of the Congregation for the Doctrine of the Faith, titled Instruction on Respect for Human Life in its Origin and on the Dignity of Procreation (Ratzinger 1987), Ratzinger reinforced the Vatican's position against abortion and birth control and laid out objections to new reproductive technologies like IVF. This document provided Catholic theologians with the framework to oppose the oncoming tide of embryonic stem-cell research and cloning made possible by assisted reproductive technologies.

The day after Pope Benedict's election, Lucio Gutiérrez, the beleaguered president of Ecuador (and one of only two elected presidents in a decade), was ousted after months of protests. Widespread dissatisfaction with the incompetence of his administration, along with outrage over his capitulation to IMF-mandated austerity measures, had plagued his presidency since his election two years before. During his administration, Ecuador's congress ratified a new civil code that prohibited "the manipulation of human life after conception," which in theory could have restricted some practices within Ecuador's expanding IVF industry. The civil code, along with the 1998 constitution, which declared that "life begins at conception," were shaped within the emergence of evangelical Christianity as a powerful force in Ecuador and throughout Latin America.

The near-simultaneous election of Pope Benedict and the toppling of Gutiérrez can inform our understanding of individual reproductive histories like Sandra's (see "Corporeal Punishment"). Both the procedures Sandra underwent, abortion and IVF, are of intense interest to church and state actors in sustaining the demographics of the faithful and of the nation-state. In Ecuador, the officially distinct but intertwined institutions of church and state impose restrictions that claim to protect unborn human life. The law against abortion is flouted by women of all classes (and by men, as partners and practitioners) but it is significantly more difficult for women without recursos (resources) to access safe clinical abortion. Sandra's misfortune was to be young, a recent migrant to the city, and lacking in familial assistance or monetary resources. She probably didn't feel able to "manage" her sexual encounters. Sandra didn't have the resources to seek out private clinical gynecological care for an abortion. She didn't think of herself as an individual with rights. She was a client with a patron-God-who didn't agree to her bargain. And when she entered the IVF clinic, she wasn't a consumer with rights either.

Surgical abortion can be an extremely safe procedure with few side effects. In Ecuador, despite the law, women with money can undergo safe abortions in clinical settings. The women I met who had had clinical abortions or who had the money to leave the country suffered no complications. But the devastating effects of unsafe abortions on poorer women can have repercussions for decades. Sandra's abortion history, ectopic pregnancy, and poor hospital care made her infertile. Years later she sought out IVF in an expensive private clinic that theoretically should have been governed by the same church and state politics that outlaw abortion. But although Catholic doctrines and state policies scarred Sandra internally, they did not follow her into the private IVF clinic.

As Cardinal Ratzinger, Pope Benedict was a famous hard-liner on the question of the protection of nascent human life. Vatican condemnation of IVF, as dictated by Ratzinger, is based on two main arguments. First, the research, development, and practice of IVF involves the destruction of embryos. The Church regards this practice as "destruction of human life," equivalent to abortion. Second, by engaging in assisted reproduction, humans are interfering with a process that should remain under God's dominion (Ratzinger 1987). Globally, much of the controversy surrounding assisted-reproduction technologies has come from religious institutions; but within Islam, Judaism, Confucianism, Hinduism, and most forms of Christianity, adjustments have been made to facilitate the fertility procedures of their adherents (Bharadwaj 2002; Handwerker 1995; Inhorn 2003; Kahn 2000). Catholicism remains the only major world faith that unequivocally condemns the use of IVF. Although the Vatican has influenced many of the debates over IVF in different parts of the world, this has not meant that all or even most Catholics heed its denunciation of this technology. In Ecuador, for so-called traditional and religiously conservative Catholics, an ongoing relationship with God has taken precedence over Church doctrine.

In Ecuador, despite the 2003 legal code that bans the manipulation of life after conception, the law has had no impact on private reproductive medicine. It remains to be seen whether or how the views of the current president, Rafael Correa, an anti-abortion leftist who is implementing health-sector reform, will affect Ecuador's IVF industry. So far, IVF practitioners have ignored the strictures that might limit their practice. They see state regulations as largely irrelevant to their private medical practices and don't see the Church as speaking for God in its condemnation of IVF. Church and state institutions in Ecuador rarely interfere with the business of the elite men who tend to be the directors of private IVF clinics. These clinics appear to exist outside or above state and church oversight or regulation.

Assisted reproduction, with its test tubes, injections, and gamete donors, raises concerns about the nature of life and kinship. Yet these concerns do not take the same shape around the world. In this innovative ethnography of in vitro fertilization in Ecuador, Elizabeth F.S. Roberts explores how reproduction by way of biotechnological assistance is not only accepted but embraced despite widespread poverty and condemnation from the Catholic Church. Roberts’ intimate portrait of IVF practitioners and their patients reveals how technological intervention is folded into an Andean understanding of reproduction as always assisted, whether through kin or God. She argues that the Ecuadorian incarnation of reproductive technology is less about a national desire for modernity than it is a product of colonial racial history, Catholic practice, and kinship configurations. God’s Laboratory offers a grounded introduction to critical debates in medical anthropology and science studies, as well as a nuanced ethnography of the interplay between science, religion, race and history in the formation of Andean families.

Elizabeth Roberts is Associate Professor of Anthropology at University of Michigan, investigating scientific and public health knowledge production and its embodied effects in Latin America and the United States.

"Based on field research Elizabeth F. S. Roberts conducted between 2000 and 2007, God's Laboratory is a gloriously rich ethnographic account of the experience of infertility and Ecuador's assisted reproductive technology industry. . . . A masterful work of scrupulous research offering deep and original analyses illustrated with beautiful ethnographic material. Its depth and subtlety make it among the most exciting new research in the anthropology of reproduction . . . Roberts's monograph will be of great interest to scholars, graduate students, and advanced undergraduates in classes on social and medical anthropology, sociology, gender studies, Latin American studies, international development studies, population studies, and public health."—American Ethnologist

"Roberts's rich ethnography makes a worthy addition to the anthropology of reproduction."—American Anthropologist

"God’s Laboratory makes a significant contribution to social science literatures on medicine, reproduction, and the body; it is a must-read for anyone interested in how new reproductive technologies are received and interpreted in developing countries."—Latin American Perspectives

"Roberts’s stunning ethnography . . . is the perfect anthropological antidote to the North American evangelical right’s fetishization of reproductive material as 'life itself' and to the Vatican’s condemnation of IVF as the unnatural production of artificial life and killable embryos."—Current Anthropology

"Roberts contextualizes reproductive assistance in rich ethnographic detail to uncover its diversity of forms including medical, familial, and spiritual. . . . [The book] offers an original analysis of the complicated relationship between technology and religion while encouraging more discussion, including cross-cultural comparisons, on practices of care related to assisted reproduction. An invaluable contribution to medical anthropology, Latin American studies and gender and women’s studies, God’s Laboratory provides an insightful analysis of the nature of person-making and the role of technology and faith to family formation."—Hemispheric Institute

"An important contribution to the anthropology of reproduction and Latin American studies, among other fields."—Somatosphere

"This is surely, really, a book of our times. It offers a skillful ethnography, a quite original cultural analysis, a contribution to science studies as well as medical anthropology, an engaging history of divergent religiosities, and a resource for anyone interested in diverse philosophies of personhood."—Marilyn Strathern, Comparative Studies in Society and History

“Bold and gripping, God’s Laboratory is ethnography at its best. The book’s unforgettable characters and their desperate travails to reproduce via global medicine are the very fabric of a highly-original and much-needed social theory for our twenty-first century technological societies.”—João Biehl, author of Vita: Life in a Zone of Social Abandonment

"God’s Laboratory is the perfect anthropological antidote to the fetishization of reproductive materials as 'life itself.' Roberts shows in meticulous detail and in luminous prose how Catholic scientists and technicians in Ecuador invite God into private IVF labs to ‘bless the work’ of producing embryos. Kinship, care, and cultivation—not embryonic life—define reproduction in this uncertain world." - Nancy Scheper-Hughes, author of Death Without Weeping: The Violence of Everyday Life in Brazil

“Written with clarity, compassion, and self-reflection, God's Laboratory is a beautiful book which puts the ethnographic method to excellent use. Roberts's painstaking fieldwork unearthed the many layers through which the aspirations for fertility and use of infertility technologies instantiate not only gender and kinship in Ecuador, but ethnicity, race and region in the national project of modernity. The book is a stunning instance of the benefits which accrue when the study of reproduction is used as an optic for understanding social life.”—Rayna Rapp, author of Testing Women, Testing the Fetus: The Social Impact of Amniocentesis in America

“God’s Laboratory is a strong, intriguing and careful look at the daily connections between faith and science that underpin the process of human assisted reproduction in urban Ecuador."—Marisol de la Cadena, author of Indigenous Mestizos: The Politics of Race and Culture in Cuzco, Peru, 1910-1991