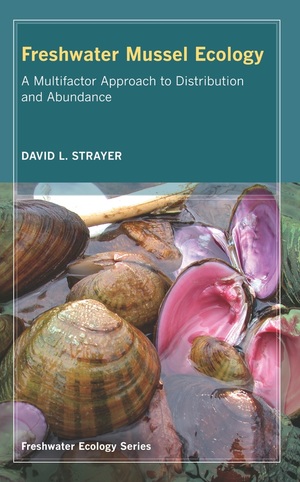 Freshwater Mussel Ecology A Multifactor Approach to Distribution and Abundance

Pearly mussels (Unionoidea) live in lakes, rivers, and streams around the world. These bivalves play important roles in freshwater ecosystems and were once both culturally and economically valuable as sources of food, pearls, and mother-of-pearl. Today, however, hundreds of species of these mussels are extinct or endangered. David L. Strayer provides a critical synthesis of the factors that control the distribution and abundance of pearly mussels. Using empirical analyses and models, he assesses the effects of dispersal, habitat quality, availability of fish hosts, adequate food, predators, and parasites. He also addresses conservation issues that apply to other inhabitants of fresh waters around the globe and other pressing issues in contemporary ecology.

David L. Strayer is Senior Scientist at the Institute of Ecosystem Studies and author of Pearly Mussels of New York State, among other books.

“This book is illuminating and thought provoking. . . . This timely book will entice still more ecologists to study and help save these fascinating animals.”—Wendell R. Haag Conservation Biology

“Strayer provides a timely and interesting analysis of how freshwater malacologists (or anyone that wants to understand multifactor studies using freshwater mussels as exemplar taxa) could move toward such a coherent synthesis of the processes involved. . . . A must-read for anyone working or studying the ecology of this diverse and endangered assemblage of mollusks.”—Daniel L. Graf Journal Of Molluscan Stds/ Malacologist

“Excellent. . . . This book is engagingly written throughout, and provides not only a review of pearly mussel biology, but also a reflection on the dilemma of modern ecology.”—Qtly Review Of Biology

“This thorough, authoritative and highly enjoyable read is a must for all freshwater biologists.”—Freshwater Biology

“Thoughtful, and thought-provoking. . . . A valuable read for most ecologists, especially those concerned with the conservation of this threatened species, as well as water quality managers. [Strayer’s] insightful . . . examination of the scientific methods that conservation biology is grounded in should find an audience with environmental scientists and conservation biologists.”—Biofeedback

“The approach outlined in the book could be used for any group of organisms. . . . A good choice for a senior undergraduate discussion course or a graduate seminar with accompanying papers from the primary literature.”—Journal Of North American Benthological Society

“David Strayer provides an insightful and stimulating study of the ecology, biogeography, and diversity of one of the most threatened and endangered groups of freshwater species. Mussels provide important ecosystem services such as biofiltration and are critical components of river and lake ecosystems. They also serve as sentinels for studies of water quality. Strayer places these species in a comprehensive context that makes for interesting reading and a lesson in the philosophy of science that underpins conservation biology. The literature cited is impressive in its scope and completeness. Strayer's style and depth of understanding are unmatched and demonstrate his long experience working with both native and non-native bivalves, as well as many other benthic invertebrates.”—Alan P. Covich, Odum School of Ecology, University of Georgia

"Native freshwater mussel populations have been seriously compromised over the past century. Historically, mussel beds in many of the large rivers of North America were widely distributed and abundant. Today, native mussels are often rare where once abundant. In contrast, many non-native species populations have dramatically expanded and continue to extend their range. The reasons for native population losses are many, and explanations for exotic species expansions are often oversimplified. In their seminal work, Andrewartha and Birch in 1954 wrote that the essence of ecology is to understand the distribution and abundance of plants and animals. Although far more sophisticated in approach and methods, ecology a half-century later remains largely about discovery of plant and animal distribution and abundance. This book by David Strayer is a significant step forward in freshwater mussel ecology. His treatment of contemporary analysis is thought-provoking and adds not only to our understanding of this important freshwater group, but also of general ecological principles." —Richard Hauer, Editor-in-Chief of the Freshwater Ecology Series, Professor of Limnology, The University of Montana

"In Freshwater Mussel Ecology, David Strayer presents a clear synthesis of the multiple interacting factors that control the distribution and abundance of pearly mussels, one of the most imperiled groups of freshwater animals. This book stands as a benchmark that will be indispensable to freshwater ecologists and water managers charged with conserving this endangered fauna."—Kurt D. Fausch, Stream Fish Ecology Laboratory, Department of Fish, Wildlife, and Conservation Biology, Colorado State University, Fort Collins

PART ONE: The Laboratory
1. The Model as Monster
2. The Case of Pearly Mussels 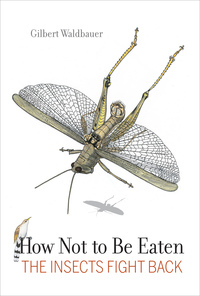 How Not to Be Eaten