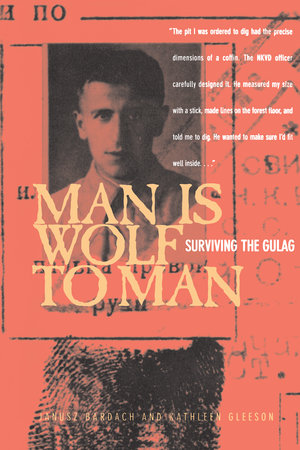 Man Is Wolf to Man Surviving the Gulag

FROM THE BOOK:"The pit I was ordered to dig had the precise dimensions of a casket. The NKVD officer carefully designed it. He measured my size with a stick, made lines on the forest floor, and told me to dig. He wanted to make sure I'd fit well inside."

In 1941 Janusz Bardach's death sentence was commuted to ten years' hard labor and he was sent to Kolyma—the harshest, coldest, and most deadly prison in Joseph Stalin's labor camp system—the Siberia of Siberias. The only English-language memoir since the fall of communism to chronicle the atrocities committed during the Stalinist regime, Bardach's gripping testimony explores the darkest corners of the human condition at the same time that it documents the tyranny of Stalin's reign, equal only to that of Hitler. With breathtaking immediacy, a riveting eye for detail, and a humanity that permeates the events and landscapes he describes, Bardach recounts the extraordinary story of this nearly inconceivable world.

The story begins with the Nazi occupation when Bardach, a young Polish Jew inspired by Soviet Communism, crosses the border of Poland to join the ranks of the Red Army. His ideals are quickly shattered when he is arrested, court-martialed, and sentenced to death. How Bardach survives an endless barrage of brutality—from a near-fatal beating to the harsh conditions and slow starvation of the gulag existence—is a testament to human endurance under the most oppressive circumstances. Besides being of great historical significance, Bardach's narrative is a celebration of life and a vital affirmation of what it means to be human.

Janusz Bardach is a world-renowned plastic and reconstructive surgeon. He lives in Iowa City with his family. Kathleen Gleeson is a graduate of the University of Iowa's Nonfiction Writing Program and also lives in Iowa City. Adam Hochschild is the author of King Leopold's Ghost.

"An enthralling record of often dreadful experiences in what Solzhenitsyn has called 'the pole of cold and cruelty' of Stalin's labor camp system: a saga of human endurance."—Robert Conquest

"An extraordinary story of human brutality, human kindness, and human ability to survive under the most inhuman conditions imaginable. It should demonstrate to anyone who still entertains illusions about Soviet Communism how closely it resembled Nazism."—Richard Pipes

"Beneath the layers of history and the ideological divisions, Man Is Wolf to Man is a glorious testimony to the resilience of the human spirit and a celebration of the tragic improvisations which are sometimes required to save a human life. After several generations, J. Bardach has opened another window into the tragic world first explored by A. Koestler in Darkness at Noon. This is a worthy and affirmative book."—James A. McPherson

"Being spellbound by Dr. Bardach's vivid and richly detailed recollections, you become a fellow companion of a Jewish youth from Poland in his head-spinning odyssey across eight time-zones eastward with the Kolyma gold mines as the final destination. Through Bardach's experiences, one understands the feelings of countless other victims of history who found themselves between a rock and a hard place, as the relentless and senseless forces drove them from the Nazi gas chambers into the killing fields of Communism."—Vassily Aksyonov

Antechamber to the Morgue

Free, But Not Home 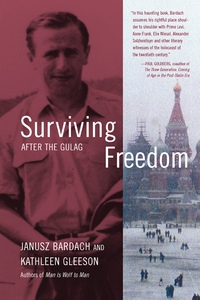