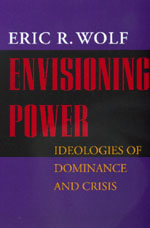 With the originality and energy that have marked his earlier works, Eric Wolf now explores the historical relationship of ideas, power, and culture. Responding to anthropology's long reliance on a concept of culture that takes little account of power, Wolf argues that power is crucial in shaping the circumstances of cultural production. Responding to social-science notions of ideology that incorporate power but disregard the ways ideas respond to cultural promptings, he demonstrates how power and ideas connect through the medium of culture.

Wolf advances his argument by examining three very different societies, each remarkable for its flamboyant ideological expressions: the Kwakiutl Indians of the Northwest Pacific Coast, the Aztecs of pre-Hispanic Mexico, and National Socialist Germany. Tracing the history of each case, he shows how these societies faced tensions posed by ecological, social, political, or psychological crises, prompting ideological responses that drew on distinctive, historically rooted cultural understandings. In each case study, Wolf analyzes how the regnant ideology intertwines with power around the pivotal relationships that govern social labor. Anyone interested in the history of anthropology or in how the social sciences make comparisons will want to join Wolf in Envisioning Power.

Eric R. Wolf, (1923–1999) wrote Europe and the People Without History (UC Press), and numerous other books. He was Distinguished Professor of Anthropology (Emeritus) at H. Lehman College and Graduate School, City University of New York.

"The book reconceptualizes power and explores factors that allow it to take on extreme forms. The three case studies are simply superb, each the most profound and most interesting I have seen on each of these examples of power in excess."—Robert B. Edgerton, author of Rules, Exceptions, and Social Order

"One of anthropology's master thinkers offers a sustained, empirically grounded meditation on questions that have concerned him through a long career: how, when, and why absolutizing ideas and organized power converge to cause human suffering. Our thinking about . . . power mongers . . . will never be the same." —Charles Tilly, author of Durable Inequality 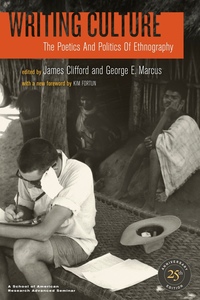